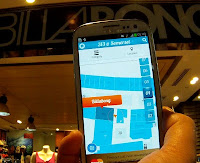 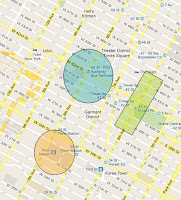 We’ve also written recently about GeoFencing. GeoFencing enables an action to be taken when a device enters or leaves a specific geographical area. Our recently released report on GeoFencingincludes 145 pages of details of R&D by all the major mobile companies and a growing number of start-ups.

Today these two hot areas, Indoor Location and GeoFencing, meet each other, in the form of SenseWhere’s GeoWhere. GeoWhere uses SenseWhere’s indoor positioning technology to track people through GeoFences both indoors and outdoors. GeoWhere was just announced, and we expect to see it deployed in the market soon.

GeoWhere’s GeoFences are aimed to be used for mobile advertising, friend-finding, content pushing, child monitoring, in-app notifications, SMS and e-mail sending, and more. GeoFences can be defined both on the web and on mobile devices, both indoors and outdoors. GeoWhere can be used to remind phone users when they’re passing a drugstore, to notify parents when children are leaving their school, to display promotions to customers walking by a store in a mall, to monitor the locations of elderly people moving around an assisted living area, and much more.

As the company writes: “The solution is equipped with a range of features including integration with mobile advertising and marketing platforms, customisable indoor maps, configurable settings for specific people or groups including friends/family and settings for hybrid areas exploiting SenseWhere’s positioning accuracy. A specific Geo-Fence could also be activated within specific times and trigger notifications and messages which can be sent as email, SMS text message and in app notification messages. The GeoWhere platform also addresses fundamental issues such as mobile device battery efficiency while providing precise positioning through the use of SenseWhere’s propriety technology.”

While SenseWhere is not releasing an end-user app right now, they’re releasing a highly scalable platform that can be deployed by telecom operators and other big players. There are reportedly some huge companies working on services based on their platform, to be announced soon.

We look forward to SenseWhere’s GeoWhere, and other systems that integrate these two technology areas, bringing useful apps and services to market.

By Bruce Krulwich at Grizzly Analytics